While a lot of golfers used to use the distance from the tees to the fairways to get in a fair amount of exercise due to walking, that is simply not the case any longer. Despite the sport being very old, the first golf cart actually wasn’t introduced until the last 1940s in order to give players that had disabilities the chance to get around the course. However, with an increasing number of people getting into the sport, using golf carts has become much more prevalent. These different motorized vehicles allow for games to be played much quicker and they offer a convenient and accessible way to lug around heavy clubs.

They have become so popular and prevalent amount the average golfer that the National Golf Foundation reported they are used in around 2/3rds of all 18-hold rounds.

The increasing usage of these motorized vehicles has led to concerns about cart safety for drivers. After all, they are just like any other vehicle which can cause serious accidents and injuries with improper use. Likewise, they can even result in damage to the course itself.

The Golf Course Superintendent Association of America (GCSAA) recommended that golf carts should only be operated from the driver’s side and that there should be no room for joyriding nor showing off in a way that is deemed unsafe or that violates the traditions and etiquette in the game itself.

Another piece of advice was to limit the number of passengers to the seating capacity provided by the cart. A lot of the vehicles do not have any sort of safety belts. Therefore, any passenger in the vehicle should be completely seated and on the cart prior to when the cart is turned on and the motor is engaged.

To add to this, the driver and passengers in the cart should keep their entire body inside of the cart at all times while it is moving. After all, golfers tend to wear cleats, and something as simple as changing your cleats out of the vehicle could result in a sprained or broken foot after getting caught in the ground. Likewise, any limbs extended outside of the vehicle can get caught by tree branches or bushes.

Someone who is driving safe should be going slowly through turns and they should also be on the lookout for other golfers driving carts and pedestrians alike. All drivers should utilize extra precautions when they are driving up or down a hill where the cart could be subject to going too fast or even tipping over. The same holds true if you are going to be heading in reverse or driving on wet turf.

These precautions should be extended up to the time the vehicle is completely immobile. When the cart is stopped and parked, it should have the breaks engaged and the key should be completely removed before the driver exits the vehicle. The cart should never be driven by anyone who has been drinking or who is otherwise impaired.

These carts should only be driven in areas where they are allowed. Any area that has been restricted should not be accessed by carts and all signs should be obeyed at all times. These carts can damage the golf course if they are driven where they were not intended to go which can ruin the experience for not only the offending driver but the other golf club members and guests. 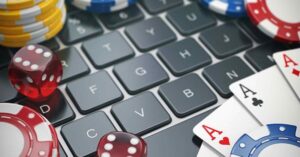 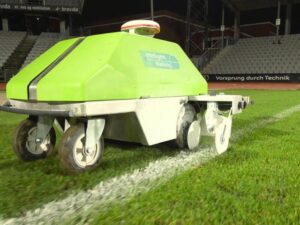